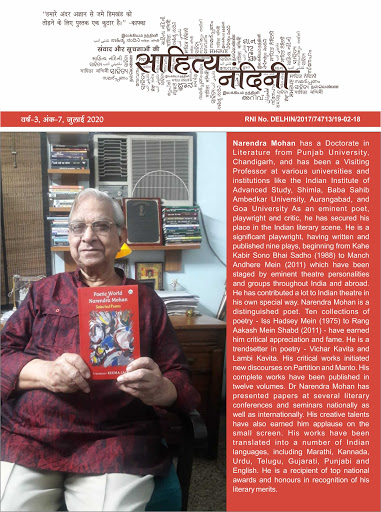 Narendra Mohan has a Doctorate in Literature from Punjab University, Chandigarh, and has been a Visiting Professor at various universities and institutions like the Indian Institute of Advanced Study, Shimla, Baba Sahib Ambedkar University, Aurangabad, and Goa University As an eminent poet, playwright and critic, he has secured his place in the Indian literary scene. He is a significant playwright, having written and published nine plays, beginning from Kahe Kabir Sono Bhai Sadho (1988) to Manch Andhere Mein (2011) which have been staged by eminent theatre personalities and groups throughout India and abroad. He has contributed a lot to Indian theatre in his own special way. Narendra Mohan is a distinguished poet. Ten collections of poetry - Iss Hadsey Mein (1975) to Rang Aakash Mein Shabd (2011) - have earned him critical appreciation and fame. He is a trendsetter in poetry - Vichar Kavita and Lambi Kavita. His critical works initiated new discourses on Partition and Manto. His complete works have been published in twelve volumes. Dr Narendra Mohan has presented papers at several literary conferences and seminars nationally as well as internationally. His creative talents have also earned him applause on the small screen. His works have been translated into a number of Indian languages, including Marathi, Kannada, Urdu, Telugu, Gujarati, Punjabi and English. He is a recipient of top national awards and honours in recognition of his literary merits.

Popular posts from this blog 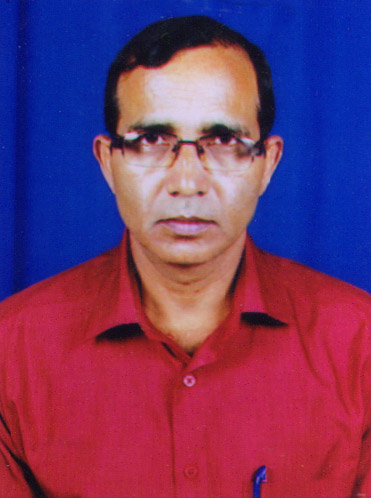 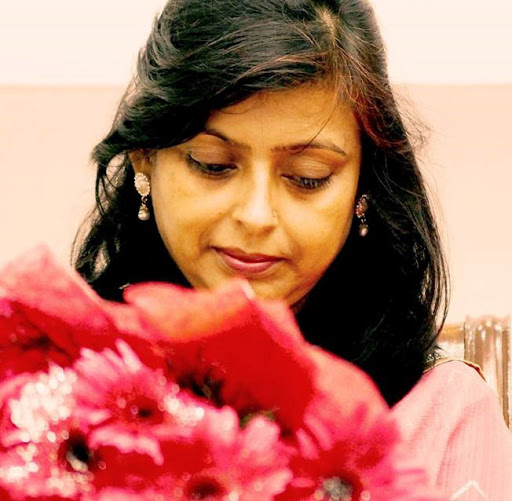